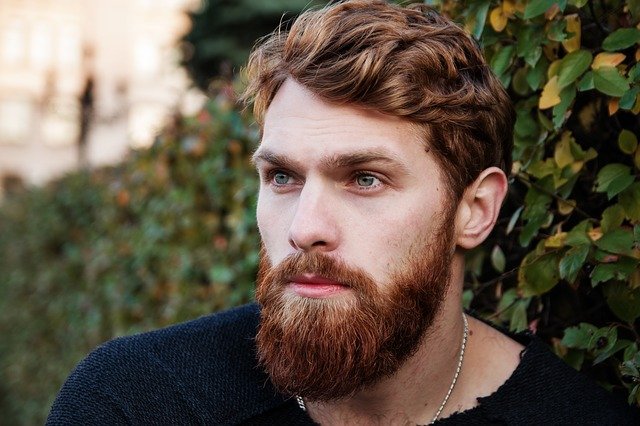 Beards have gotten a terrible reputation over the years. From men believing their faces will itch all the time, to thinking that you won’t get a job if you’ve got a beard. Who knows where the strange myths originated from…?!?

Luckily most myths can be debunked with a little bit of logical reasoning. Maybe the men who couldn’t grow a lush beard started spreading rumors out of envy!

Myth #1: Your hair will grow back thicker after shaving it

This one is more wishful thinking than urban legend. Unfortunately it’s not true. Clinical trials dating back to 1928 prove that shaving has no effect on hair growth. More recent studies also concluded that shaving can’t affect the thickness.

The living section of the hair is under the skin, so by the time you start noticing hair sprouting from your face, you’re dealing with the dead portion.

A Seinfeld episode might have helped to perpetuate the urban legend.

Sounds like a bad blonde joke. A dark-haired beard might stand out a bit more, but the truth is that if you grow a formidable and nicely groomed beard, any color will look awesome. As long as the beard complements your face, it doesn’t matter what color it is.

Myth #3: Growing a beard will look like I’m trying to compensate

Wow, if you believe this one, you are way too paranoid about what people think about you. It is indeed true that a bit of stubble can make you look more handsome, studies have proved this. But think about it this way, a woman will change her hairstyle to look more attractive, so why can’t you do the same with your beard?

Sure, it might grow this quickly if you are endowed with amazing genetics. The reality is that it takes about two to three months for your beard to reach its full potential. Before you start scheming to buy that fancy beard oil to make your beard full overnight, read the next one.

As mentioned above, by the time you start seeing your beard, you’re dealing with the dead bits. You can keep your beard hair in good condition by rubbing in some beard balm or oil, but it won’t affect the growth. You’ll have to decide for yourself whether you believe the research that says you can pop a pill to grow your beard quicker.

Myth #6: When my hair starts to turn grey, so will my beard

Before you start lamenting over the thought of having a grey beard, they are actually perceived to be quite sexy. Your head hair and your beard hair are not magically linked by some biological time bomb to switch to grey. Sometimes your beard might go grey first and sometimes it will only catch up later with your head hair.

Myth #7: Only a professional can be trusted to trim a beard

Sure, the first time you have to trim your own beard will be daunting. But if you follow a few simple trimming rules, you will soon feel like a professional barber in your own home. Together with knowing how to do it, using the right tools will also make the process effortless. Just take it slow, tackling it inch by inch. Or actually even just half an inch in the beginning.

Nonsense! Some genetic patterns create late bloomers, so to speak. You might have to make peace with a bit of patchiness until you’re about 23 to 25. And not all areas of your beard will grow at the same pace. You will have to commit to at least two to three months for your beard to look totally awesome.

Myth #9: Your beard has faecal matter in it

Who knows who came up with this urban legend and why! Bottom line, don’t listen to everything you hear on the internet. No, a beard is not full of poop, only figuratively if it grows in strange directions that annoys you. It might itch from time to time if you’re not looking after it properly, but that does not mean it’s full of nasty germs.

Read this article for the story behind the story.

Myth #10: My ID has a clean shaven photo, with a beard I will be unidentifiable while traveling 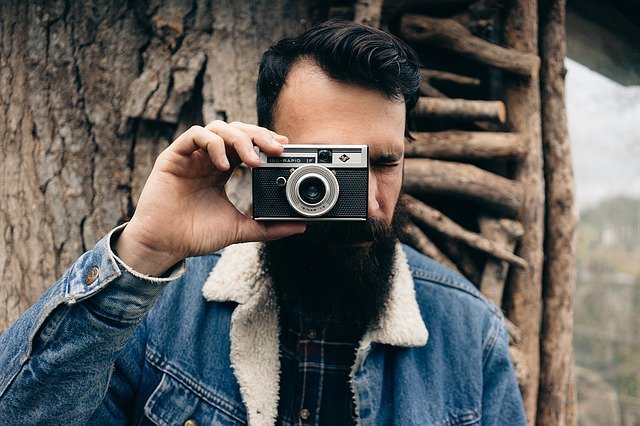 Sorry to burst your bubble, but your beard is not that powerful. You might feel like your beard has the power to transform you into a sexy beast, but the ID checkers at the airport are trained to look past your disguise. If this fact was true, a woman would have to stick to the same hairstyle her whole life as well.

Now that you feel even more proud of your beard, the following will make for good conversation starters when someone admires your beard.

If you’re in the process of growing a beard or if you’ve been nurturing a beauty for a while now, share some of your beard stories with us. Has anyone ever told you one of the myths and believed it to be true?

About the author: This article was provided by Andries Johannes from manomics.com/beards. Manomics is a website focused on topics such as men’s grooming, health and fitness. You can follow manomics on twitter.