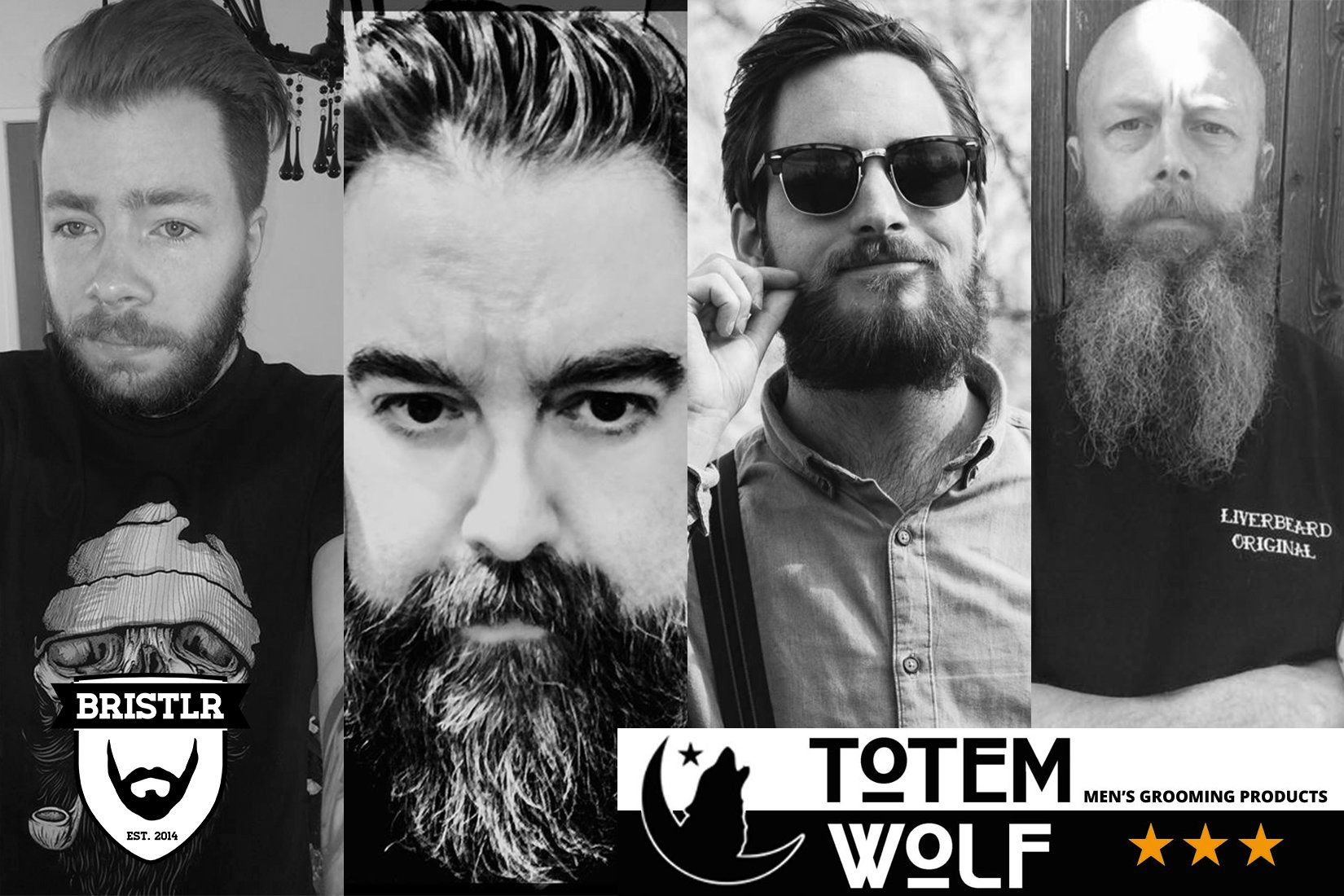 We are proud to finally announce the winners of the #WolfInTheDen Competition, sponsored by Totem Wolf!

The top Bearded Dragon of our #WolfInTheDen competition is… Oliver Kennedy! With the strongest pitch and a respectable beard to boot, we simply couldn’t say no! Oliver earns an investment of two bottles of Totem Wolf Blend 79 Premium Beard Oil, a box of Totem Wolf Beard Savon AND 10% off all Totem Wolf purchases for a year!

Coming in at a close second, Iain Dunford had a great beard and a pitch but Oliver’s was a difficult one to top.

Our other two runner-up beards are Tom Ince (of the Liverbeards) and Valentino Gahide!

Each runner up will be receiving a bottle of Totem Wolf Blend 79 Premium Beard Oil!

Unfortunately not everyone can be a winner. We had some strong entries from a lot of beards, and we want to thank everyone that entered the competition! We’ll be running more in future for sure, so don’t hesitate to put your beard forward again in the future! We look forward to seeing you again…

Thanks to all of the competition entrants, you made our latest competition a smashing success!